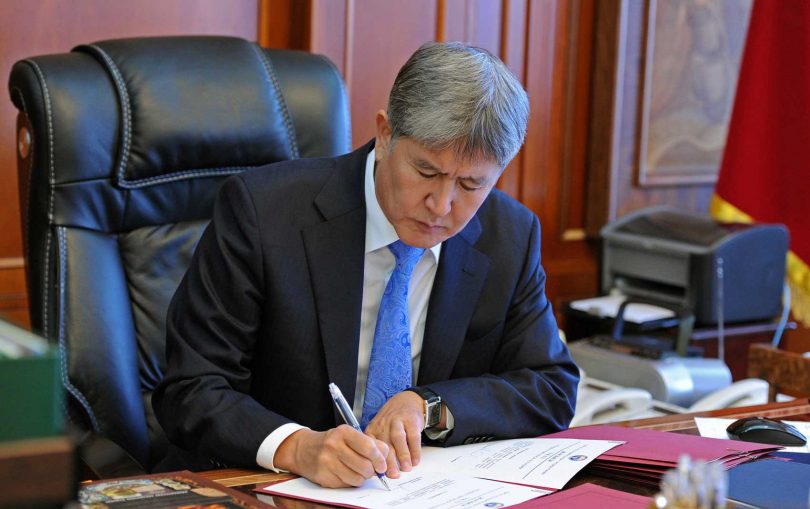 Almazbek Atambayev signed the law on referendum, adopted by the Parliament on October 26. Information Policy Department of the Presidential Administration reported.

It is noted that the document was worked out to bring the law on the referendum in accordance with the Constitution of the Kyrgyz Republic, with the laws on elections of the President and deputies of Parliament, on the election of commissions on holding elections and referendums, on the people’s legislative initiative in the Kyrgyz Republic.

war and peace;
early termination or extension of the term of office of the President of the Kyrgyz Republic;
appointment of early presidential elections in the Kyrgyz Republic, deputies of the Parliament or postponement of these elections;
introduction, modification and cancellation of taxes and fees, as well as exemption from their payment;
tariffs;
changes of state borders;
territorial integrity of the Kyrgyz Republic;
the introduction of military situation or a state of emergency;
adoption and amendment of the national budget;
election, appointment and dismissal of officials of state authorities;
amnesty and pardoning
can not be raised at a referendum.

It is stressed that the referendum is not held in conditions of martial situation or a state of emergency introduced in the Kyrgyz Republic or in individual areas.

The law provides for the introduction of the latest automated technologies in the practice of holding a referendum that would eliminate the violations and falsification; the use of biometric data of citizens, the electronic lists of referendum participants, automatically reading ballot boxes.

The law provides for a new system of identification of participants in the referendum, which is to check not only personal, but also biometric data of the citizens.

In connection with the change in the system of election commissions and their working principles, territorial referendum commissions will work permanently.

The law defines the procedure of summing up the results of the referendum: precinct election commission for elections and referenda draws up protocols on the voting results, which are a form of strict accountability, and sends them to the territorial election commissions. After that, the Central Commission for Elections and Referenda on the basis of protocols defines the election results.

The referendum is declared invalid, if the election results were invalidated in a part of the areas where more than a third of participants of a plebiscite voted.

Appealing against the outcome and results of the referendum is held in the following order: the decision of district election commissions shall be appealed in the TEC. Their decisions can be appealed in CEC and its decision – in the first instance court. The final verdict is to be made by the Supreme Court of the Kyrgyz Republic.

Law comes into force from the date of its publication. 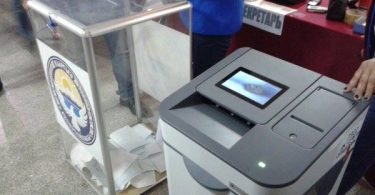